Last week was School Diversity Week – an amazing campaign led by Just Like Us that encourages us to celebrate diversity and inclusion.

Campaigns like this are so important, particularly in light of the anti-LGBT protests outside Birmingham schools.

As an educator working only a stone’s throw away from these events, it’s hard not to imagine what I would do if this was my school. The ‘issue’ aside I can understand why a school – particularly one where staff are receiving death threats and being bombarded at the school gates by parents (and non-parents) shouting abuse through megaphones – might give in.

Fortunately, neither of the schools where the protests have happened have backed down. They’ve persevered in the fight to make schools inclusive – for all – and build their pupils’ empathy and understanding of the world.

I was recently awarded the Jayne Bloomfield award for my work on LGBT+ inclusion in my school. The practices I put in place were part of my project while on the Teaching Leaders programme. It was an enormous privilege and I was incredibly proud and humbled to have been given it – more so because I was nominated by pupils, staff and parents of pupils. 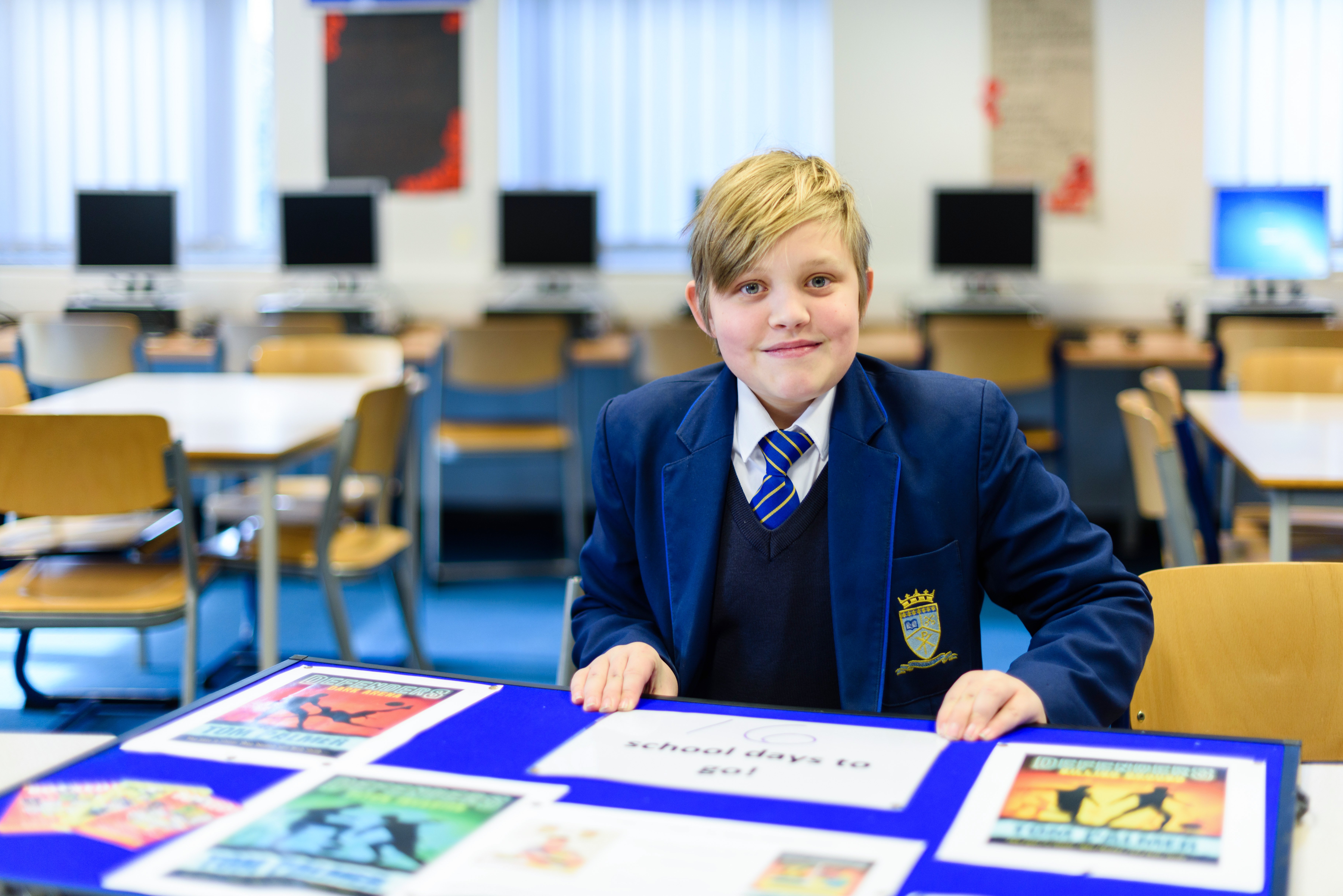 When I was nominated to be on Ambition Institute’s Teaching Leaders programme, I was humbled with a large dose of imposter syndrome. I didn’t see myself as ‘a leader’ but with the positive encouragement from my headteacher Harry French, I completed my application and attended an assessment centre – which I passed.

For the programme, I was told I needed to complete a project which focused on improving the outcomes of disadvantaged pupils in my school – I did some thinking on where I felt I could make the biggest difference and my mind kept going back to an incident I had with a pupil.

I had a ‘need’ that required fixing but for me to use it as my project I needed to show focus and a clear action plan with measurable signs of success. So, I used the programme’s coaching session, which alongside the connection to other teachers working in similar contexts, has been incredibly valuable to me.

The incident in question happened a few weeks before I got on to the course. I had a student tell me that another pupil had called him a “fag” – he went on to say that this was not the first time but that he was a regular target for homophobic language and insults. I was left utterly heartbroken, not only because of what had been said but because of the pupils’ attitude, he was almost accepting as though this was the norm and something he should expect from others.

I could not let this go – every child should be and feel respected. I talked to the pupil who had verbally assaulted the pupil that came to me. This turned into a restorative conversation, which taught me that much of this language was being used flippantly without understanding.

Let’s be clear though, this is not a problem happening only in my school. Similar incidents (and a lot worse) are happening across the country – in schools, in work places, on public transport. Stonewall's research shows half of LGBT pupils hear homophobic slurs 'frequently' or 'often' at school. And a recent research piece by Just Like Us found that 9 in 10 LGBT+ young people experience anxiety and/or depression. 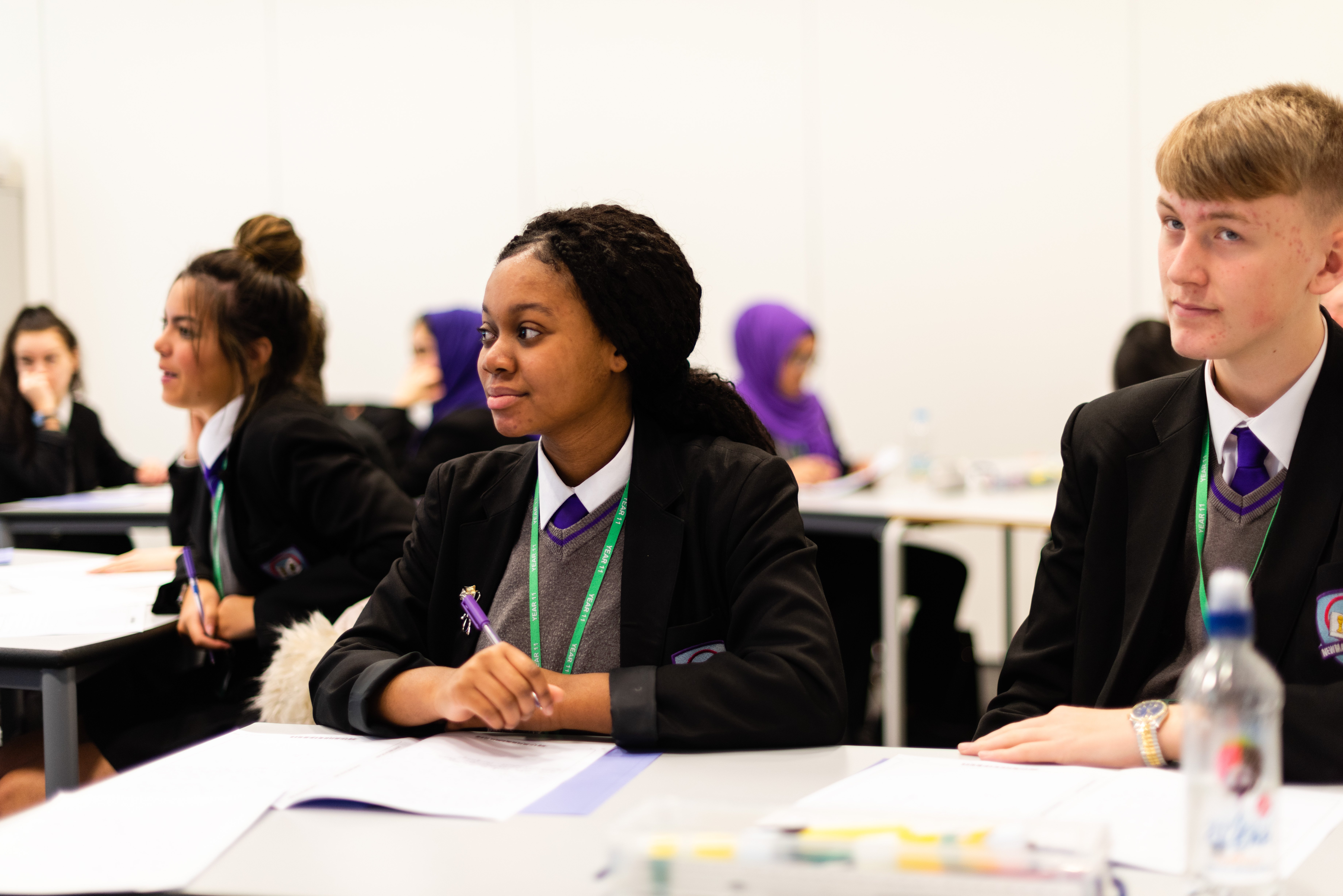 My role as an educator blurs a lot of lines – I might be a teacher first but I’m also a role model, an (albeit unqualified) therapist, and sometimes even a friend. This can be overwhelming but is also why I love being an educator in England. We go beyond teaching and prepare pupils to take their place in the world.

Through the programme I worked on a four-strand plan – firstly setting up a weekly support group, open to both LGBT+ identifying pupils and their allies. The student-led meetings offered a safe place for pupils to discuss LGBT+ role models, history and representation in the media – as well as personal experiences. I felt this was most important because it was a statement of support for LGBT+ students to say I and others were here for them. It was also a statement to others that it’s ok to ask questions and learn from others’ experiences.

Then I began working on how to transfer my knowledge and how to upskill staff by running regular CPD sessions. A lot of teachers want to support their pupils but it can be tricky to navigate how to support a student who has come out as trans – especially if you are still living in the shadow of Section 28.

I also organised one-to-one safeguarding and wellbeing support for students who were identified as needing extra support. This included daily support and conversations to ensure the pupil felt comfortable both in school and at home – I don’t feel it’s right to share these pupils’ experiences but they to me are why I do what I do, and why I know that teaching SRE (Sex and Relationships Education) that includes LGBT+ inclusion is vital.

The fourth strand included community outreach and parental engagement in which I connected with regional LGBT+ groups to help support on internal activities such as staff training and fundraising.

"My role as an educator blurs a lot of lines – I might be a teacher first but I’m also a role model, an (albeit unqualified) therapist, and sometimes even a friend. This can be overwhelming but is also why I love being an educator in England. "

It’s been a whole school approach and I have been very fortunate not only to have the backing of my headteacher, school and MAT but also the parents of my pupils.

There have been instances where parents have asked for a chat to learn and query what I am teaching or doing in the school – every instance has been a welcomed one because I appreciate being challenged on my thinking. Parents have a right to discuss their child’s education – but not to the detriment of their fellow pupils.

These are simple steps that make a huge difference to the lives of pupils – not only identifying as LGBT+ but also those that have questions. I want and encourage people to copy some of my steps and to speak to me if they have questions.

I love where I live and the school that I work in, because it’s a place where we embrace and celebrate differences. It upsets me that the debate has moved backwards to one where we are debating how and when we acknowledge existence.

The parents outside of the schools in Birmingham may claim that they are ‘protecting’ their child because they feel they are too young to know about the existence of LGBT+ people but gay people exist, have existed and will exist, you cannot unsee or erase them – the education system tried that with Section 28 and it benefitted no one.

School Diversity Week might be over but that doesn’t mean we stop the conversation – equality needs to be celebrated all year round.

Rebecca has written an update on how celebrating diversity has improved her school here.