In my role, I am lucky enough to meet regularly with school leaders, from middle leaders to multi-academy trust CEOs. To go into their schools and classrooms, talk to their pupils and find out more about the communities they serve.

Having recently completed my term as Chair of Governors for a South London school, I have also worked closely with my headteacher and their team to turn around the prospects for the pupils in their care.

So, in my day-to-day life, I get to see the extraordinary work that school leaders are doing for the benefit of their pupils, their local area and the education system at large. I see the incredible innovation and positive habit-building through which school leaders are delivering sustainable improvement in their contexts – within and beyond their own schools.

That’s why I have been pleased to work with NAHT on their Accountability Commission and its report, released today, which calls for headteachers to take greater responsibility for assuring school standards.

Many of you, I’m sure, will welcome their recommendation for Ofsted to focus on identifying failure and triggering rapid intervention where needed. Accountability is crucial in any system – and no more so than in a system where a child’s future is at stake.

Where there is underperformance we need to address it.

I agree with the NAHT’s recommendation that it should be school leaders who fill the gap which Ofsted vacate. Headteachers are on the frontline of the school system, and they are best equipped to identify excellent practice where they see it and support their colleagues to keep getting better. 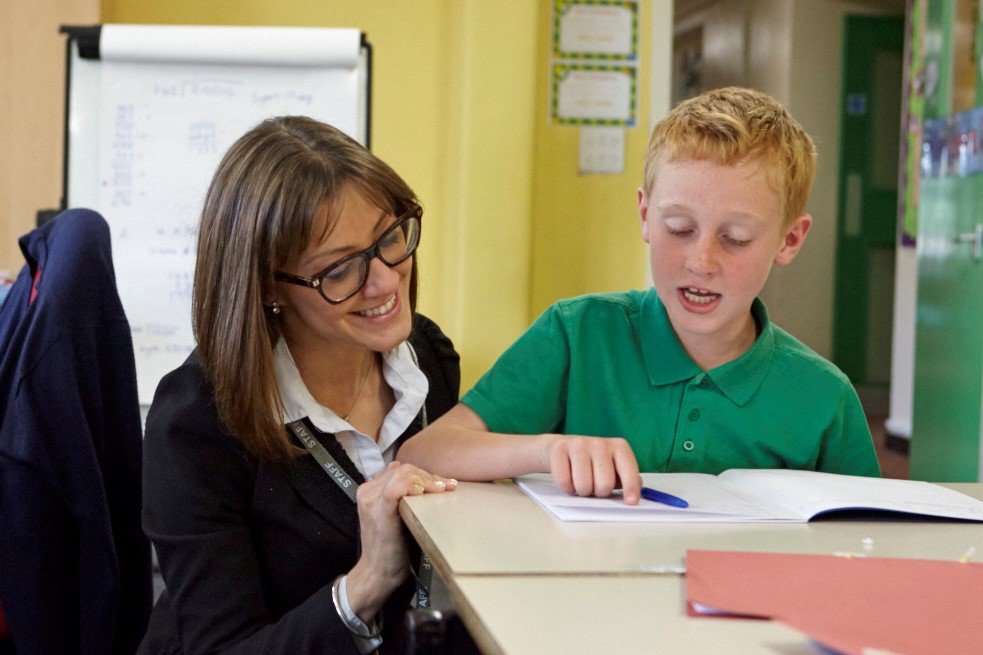 However, if this is going to work systemically we need to review the current mechanisms, incentives and quality of school to school support.

But there is still work to be done to ensure every school has a great headteacher at the helm, able to unlock the potential of staff and pupils within, and to support their fellow headteachers to do the same.

So, how do we achieve this?

1. We need to get the best headteachers in the schools that need them most

We need world-class headteachers serving in every region of the country, especially in the poorest and most isolated communities: pockets of excellence mean little for the education system as a whole if other communities are left out in the cold.

And we need to recognise that heads working in these schools may have a harder-than-average task at hand, giving them the time to deliver improvements within a realistic and intelligent accountability system.

2. We need to support headteachers to do the right things when they’re in-role

We need nationwide investment in training heads in their first 12-18 months, helping them to navigate the pressures of this undeniably demanding role. Effective headteacher development requires a curriculum delivered by experts in their fields, coaching from experienced school leaders, and peer learning groups on hand to pull each other through the toughest times.

We need headteachers to be thinking about the pace, order and timing of the changes they want make for school improvement. And we need them to reclaim their role as headteacher: focusing on the curriculum, the quality of teaching, instructional coaching and assessment.

"Headteachers are on the frontline of the school system, and they are best equipped to identify excellent practice where they see it and support their colleagues to keep getting better. "

3. Never underestimate the importance of network.

Over the last 10 years, Ambition School Leadership and its legacy organisations has grown a network of close to 10,000 school leaders, working across England, who regularly share challenges and swap best practice to break down seemingly intractable problems in their schools.

Nowhere is this peer support more critical than for headteachers – a typically isolating role.

Two members of our network, Dominic McKeon and Linda Emmett, are supported by the same mentor head in the north west as part of the Talented Leaders programme. They are part of the same local ‘cluster’, facilitating and formalising collaboration between their schools to support each other to improve.

Linda has described the school she joined as “fundamentally broken”: over three years she focused on building the self-esteem of both pupils and staff, investing in their respective educations so that they now feel proud to be part of the school.

Linda and her team have now raised their school from special measures to ‘good’ across the board, and Linda was awarded this year’s MEN Greater Manchester Schools Award for Headteacher of the Year. Linda insists the award is a misnomer: it should be ‘Team of the Year’.

A great headteacher, in partnership with their staff and pupils, can lead a school to excellence and support her local system to thrive, too.

This theory of change is at the heart of the merger of Ambition School Leadership and the Institute for Teaching. As one organisation, our purpose will be to develop a career pathway which supports educators at all levels to keep getting better.

By training headteachers in what we know works, we will empower and incentivise them to take responsibility for the self-improving system; and we will unlock a talent pipeline in our schools which will sustain this system for generations to come.