Leading in the face of disadvantage: If not us, then who?

Future Leader alumni Tuesday Humby has led a school from ‘Special Measures’ to ‘Outstanding’ over the course of two years, been nominated for the Global Teacher Prize, and was recently appointed the National Director of Teaching and Training for Ormiston Academies Trust. Now, she walks us through her approach to school improvement – from raising pupil aspirations to helping her team to keep getting better.

It was in her years co-directing a student production group at Ripon and York University (now York St. Jon University), where Tuesday got her initial taste for leading and problem-solving.

There, her group performed theatre-in-education pieces to local schools, which included workshops for children between 14-16 on eating disorders. Quickly it became less about the performing and more about the teaching, and the potential to positively impact the lives of young people. 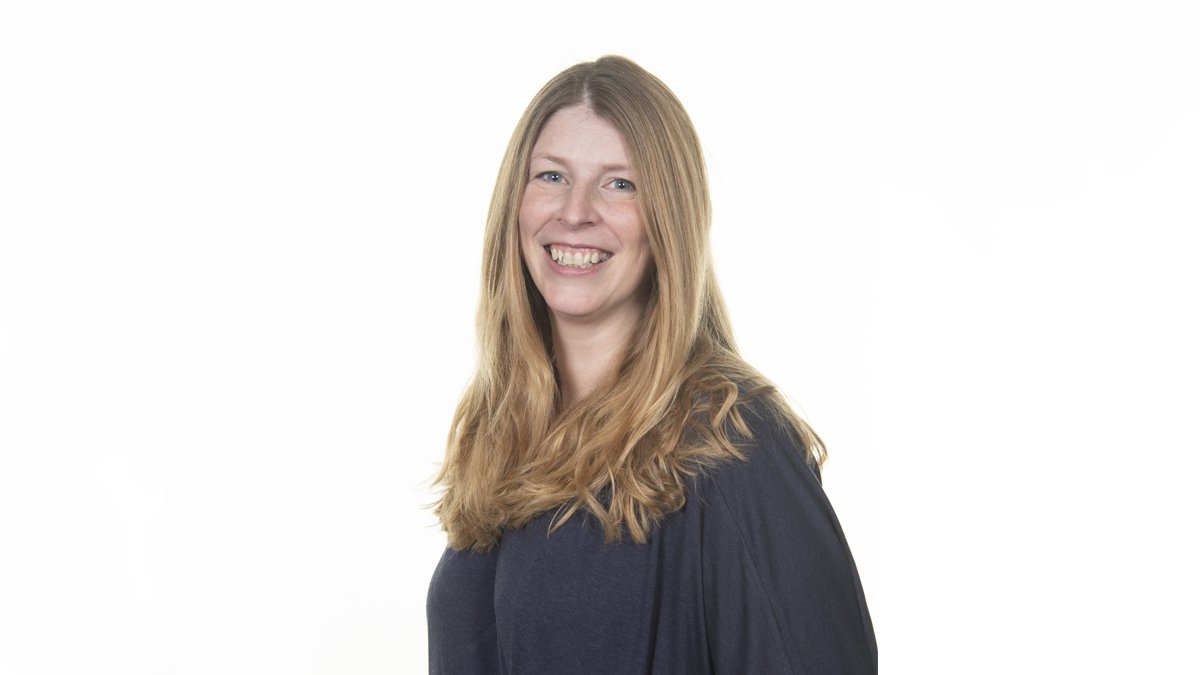 She went on to teach at a diverse range of schools at dramatically different points of the sector, including an all-girls school in New Zealand, and a Church of the Bretheren school in Liverpool.

Tuesday believes being brought up by a grandmother who taught her to “launch herself out of her comfort zone at any given opportunity”, braced her for the intensity of practicing as a teacher. This resilience proved useful as her career developed, and in 2014, she entered her first headship at Ormiston Chadwick Academy just outside of Liverpool at the age of 36.

Early into her headship, Tuesday completed Ambition Institute’s Future Leaders programme. She fondly recalls an introductory lecture, and the profound impact it had on her practice:

“To say we were moved would be a massive understatement. I had no idea about the statistics around disadvantage before going into that room. I came away proud to call myself a Future Leader and I still am.”

Upon starting headship at Ormiston Chadwick Academy, Tuesday began tackling persistent problems that will be recognisable to heads across the country, and quickly started to shape school development plans; her first totalling a generous 48 pages.

Ormiston Chadwick was founded after the predecessor school went into ‘Special Measures’. The depressed levels of literacy and numeracy meant an inaccessible curriculum, and frustrated staff and pupils. This was compounded by a lack of enrichment activities and ineffective CPD, leading to boredom amongst the pupils and teaching standards not being met.

"I had no idea about the statistics around disadvantage before going into that room. I came away proud to call myself a Future Leader and I still am."

It was clear that more needed to be done to engage unmotivated pupils. High-ability boys in particular were coasting, aiming for comfortable grades that would simply ‘be enough’ to get them to college. The gender gap in attainment has been apparent since 1988, and the most recent data from the Department for Education reveals it continues to prevail nationally. Raising these boys’ aspirations was going to be essential to tackle this.

To address the apathy of her pupils, Tuesday placed an emphasis on English and maths, whilst introducing a greater range of subjects to engage pupils, and staff alike, to “entice them through the school gates”.

Tuesday also utilised Progress 8 (P8) data, which at the time had just been introduced. While acknowledging flaws in the system, she also saw an opportunity to motivate pupils, and nurture their competitive personalities.

Staff at Ormiston Chadwick showed pupils what their Key Stage 2 SATs indicated they were capable of achieving at GCSE – and where they were in relation to that across all subjects. They also shared the highest P8 report they could get if they “maxed out” their potential.

“For those high-ability boys, who were used to ‘making do’, the reality of their P8 score was galvanising because it sung to their competitive streak. It then became a collective effort and I think everyone felt that – our kids, parents and our staff, which helped to build community.”

This approach quickly evolved, and was soon adopted as the primary format for report cards, and later, a tool for teachers.

“Enrichment was where the relationships were built. It was why behaviour started to turn – if you go the extra mile for someone, they don’t want to let you down."

Staff from across the school got involved, thinking outside the box to increase uptake. Forward-thinking performing arts teachers organised a whole host of new events to showcase the talents of pupils, including Shakespeare's Schools, and office managers even went as far as to organise horse riding.

Tuesday and her team believed the abundance of enrichment activities helped provide a strong and unique teacher-pupil bond, which in turn had a direct effect on the behaviour of her pupils. “Enrichment was where the relationships were built. It was one of the key reasons behaviour started to turn – if you go the extra mile for someone, they don’t want to let you down”.

In a predominantly white working class community, where many of the pupils have never left their hometown or had a meal in a restaurant, enrichment opportunities like this also help them develop outside of their everyday context. 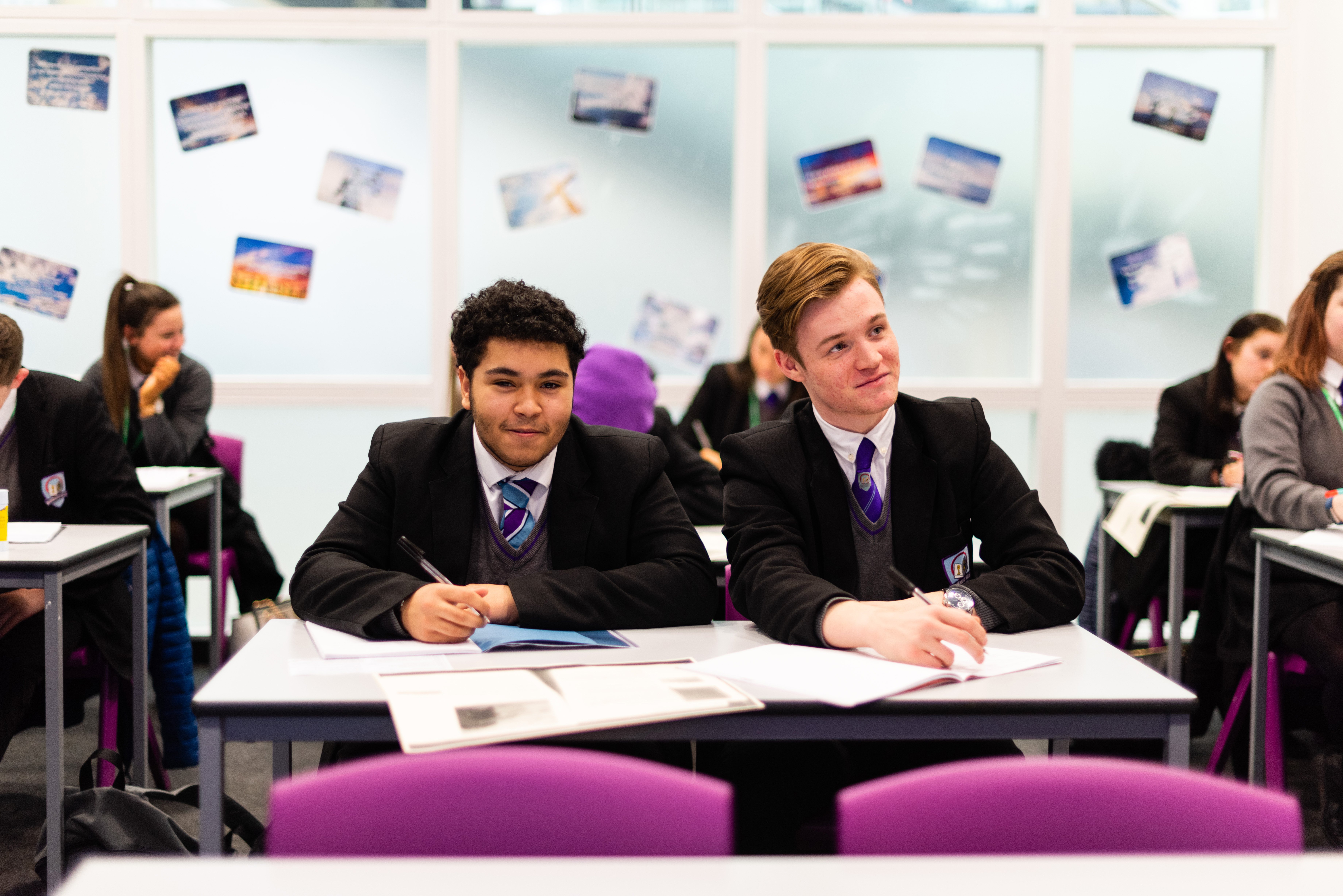 Acknowledging that while the Ofsted rating of Special Measures can be damaging to both a school and the surrounding community, Tuesday still believes Ofsted inspections play a crucial role in the improvement of challenging schools, such as Ormiston Chadwick.

“These are schools that desperately need intervention and support. Leaving a school for three years with no judgements – will there be that same sense of urgency? I look at my classes of 2015, ‘16 and ‘17 at Chadwick and I am left cold thinking what might have happened to them without that Special Measures judgement.”

Tuesday’s response to the poor Ofsted ratings is perhaps one of her greatest accolades, galvanising her and her team to drive Ormiston from Special Measures to Outstanding in just over two years. Soon, the school was in the top 100 schools nationally, and this achievement was a leading factor in her being shortlisted for the Global Teacher Prize in 2018, alongside her aforementioned development of enrichment activities.

However, it was through an expertise-led approach towards staff development where Tuesday cemented real change.

Director for Education and Skills of OECD Programme for International Student Assessment (Pisa), Andreas Schleicher, acknowledged in 2019 that a key area for improvement for UK schooling was teacher skills; a sentiment echoed by our own CEO in a recent blog article. CPD has become a central focus of Tuesday’s approach to leadership, and she believes it’s essential to select bespoke development, that takes into account the needs of the individual:

“We need to make sure we provide a diet of CPD to teachers that is fit for purpose – it should recognise what individual teachers need in every year of their career. Just having the conversation with each member of staff about that, outside of performance management, is a step in the right direction”.

“I am part of the civil rights movement of the twenty first century. If not us, then who?”

This focus on CPD is a principle which has carried into her role as National Director of Teaching and Training for Orminston Academies Trust (OAT). Tuesday develops and facilitates the development programmes within the trust, drawing on her experience in developing outstanding practitioners and teams.

“I have to make fewer decisions per hour in this role, but the ones I make (especially in terms of when writing training) could have much wider ramifications – so I have to check myself more often”.

Again, she looks towards embracing and utilising the diverse range of knowledge brought from her expanding staff base.

Even in the midst of this demanding new role, Tuesday believes it to be essential to be an active practitioner in the classroom, and still teaches across a range of subjects.

When asked why she remains in the sector, she cites words from her formative Future Leaders experience: “This is more than about narrowing some in-school gaps, it is a civil rights movement. If not us, then who?”.

Tuesday Humby is an alumni of Future Leaders, a two-year programme designed to increase expertise and prepare participants for leadership success.